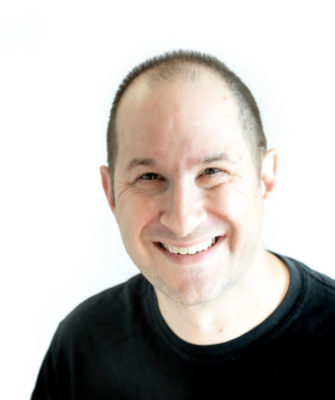 Jeremy Goldson earned his Master’s Degree in Directing from Roosevelt University. He also holds a degree from Oberlin College. He has been the theatre director at Mountain Vista HS since 2002, where he has taken part in over 50 productions. In 2007, the production of Rosencrantz and Guildenstern Are Dead was selected for the mainstage, and in 2010 he directed the All-State production of The 25th Annual Putnam County Spelling Bee. Other favorite productions include The Heidi Chronicles, The Passage, and Urinetown. He has been a member of Colorado Thespians since 2002, serving as Chapter Director from 2011-2015. He has also served as Workshop Coordinator and Hall of Fame/Awards Coordinator. In 2011, he was named the Colorado High School Theatre Teacher of the Year. He is a passionate and intellectual sports (and books, movies, philosophy, art, music, and more) fan who enjoys talking with anyone else who is as equally intrigued. He is grateful for anyone who makes him smile.